"We ran into Brian Johnson from ACDC at the airport today after the flight home and we asked him about the rumors of him being on the new ACDC album and he said "Yes" and that he is " Sick of denying it". So that was a cool surprise ending to the tour." 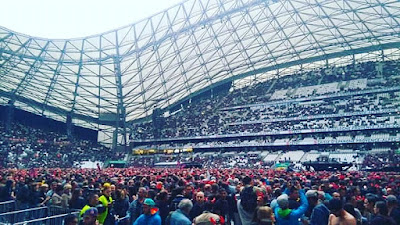